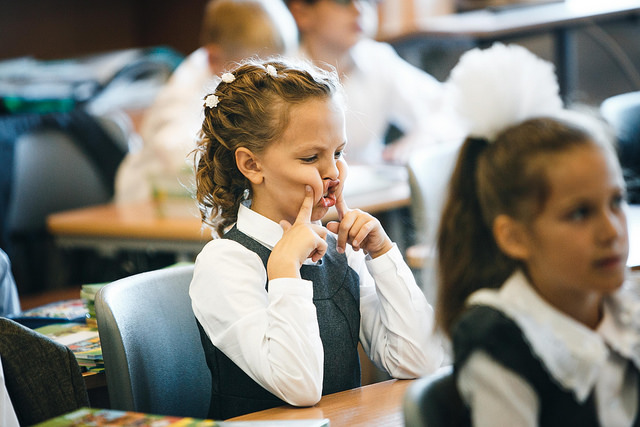 Our people made that choice, the choice to go to Sameness. Before my time, before the previous time, back and back and back. We relinquished color when we relinquished sunshine and did away with difference. We gained control of many things. But we had to let go of others.

They come to us just as they are.

That’s a good thing. Educators are to value student diversity, to see it as a gift in the classroom community – in fact, a teacher can be evaluated on this.

For children, we know, are not standardized.

They are living portfolios of experiences, abilities, thoughts, feelings, perspectives. They are unfinished stories, works in progress, masterpieces in the making.

This doesn’t always show on a fluency assessment.

Some are born storytellers, song composers on the fly, wordsmiths extraordinaire, but only when speaking – not always when reading or writing.

Some are engaged in tough battles, have greater mountains to climb – these kids aren’t from houses covered with vines who will go everywhere in two straight lines – yet there’s a nobility within them, born of courage, of gaining hard-won ground, more so than any knight of legendary lore.

Many of these are innovators. Because they have to be. The bulk of their energy goes not into conforming, but into coping.

Their diversity might blow the top off the charts while their test scores might lie at the other end of the spectrum. Growth is difficult to measure in a constant state of change.

So, one cannot, in the same breath, value diversity and mandate standardization. To celebrate Not-Sameness, yet to penalize schools and teachers for not attaining Sameness – what words are there for this dichotomy?

That students have a right to a quality education is an unequivocal point. That the absence of order and structure invites chaos is understood. Conformity, however, doesn’t beget excellence; inspiration does.

This is the hinge on which the entire portal hangs.

For what is true for students is also true for teachers.

As a non-traditional age undergraduate, I encountered The Giver for the first time as assigned reading in a course. I subsequently wrote an essay on its imagery that the professor believed could be entered in the university’s research and creative achievement competition. At this event, I walked hallways lined with exhibitions from the medical and engineering fields, until a university official greeted me: “Ah yes, you’re representing the Humanities Department.”

His expression was clearly perplexed. “We hardly ever get anyone from Education here.”

This, at a celebration of research and creative achievement.

My question remains: Why, in the unlimited universe, not?

The answer, I suspect, is that teachers don’t realize they have that power.

We must, in turn, keep a wise perspective of the things over which we’re gaining control and those we are relinquishing – squelching – in the process.

In the hearts of students as well as in their teachers’.