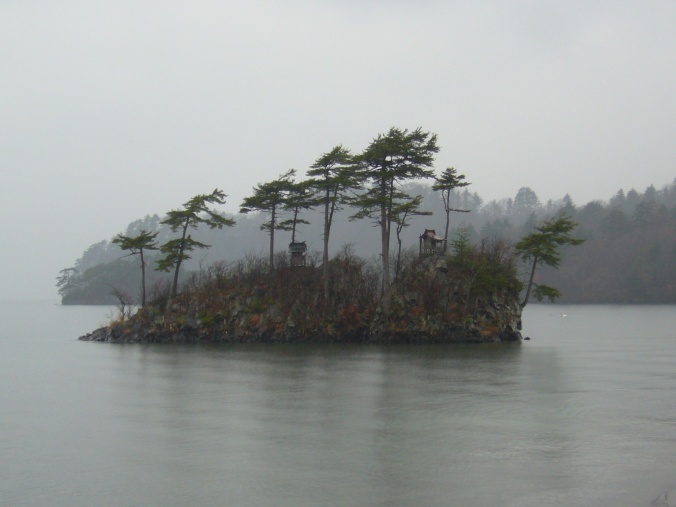 Somewhere in Maryland’s scenic Severn River is a tiny island that belongs to me.

Not that I have a deed to it, or that the island was even the giver’s to give, but those are minor details.

The transaction came about when I was around seven years old, during a family gathering. My aunt and uncle, avid boaters, decided to treat everyone to breakfast on the beach. In the chilly gray dawn, a bunch of us piled into my uncle’s motorboat and sped across the Severn. Unbeknownst to me at the time, this majestic river connects with the Chesapeake Bay; the U.S. Naval Academy stands at the convergence. I only knew I was cold and hungry. I shivered in the breeze, thinking that going to the beach for breakfast was just about the most exciting thing ever.

The beach turned out to be an island right in the middle of the river. If Huck Finn had seen it, he would have called it a towhead, a mere islet with a thicket of brush in the middle. As the grown-ups busied themselves with building a small fire, I walked the whole sandy circumference in a couple of minutes, marveling at the island’s diminutive size.

“What is this place?” I asked my uncle, who was crouching by the fire with a skillet full of sausage links.

“Just an island where people sometimes stop off,” my uncle answered, as the sausages began to sizzle.

The sun was bright now, the Severn very blue against the island’s golden sand. A few white sails appeared in the distance.

“It doesn’t have one,” replied my uncle.

How disturbing, that such a pretty place did not have a name.

“Why don’t the owners want it to have a name?”

“Nobody really owns this island,” my uncle said, carefully turning the sausages. Thin blue smoke drifted up from the skillet.

“It’s just here, hon. It isn’t like the big islands, where people live. That’s a good thing, because anyone who wants to can stop and visit, like we’re doing now.”

An inexplicable sorrow welled up in me. It wasn’t fair that no one cared enough about this little island to want it or give it a name. It hurt my heart.

My uncle squinted at me. “What’s the matter?”

“It should belong to somebody.”

“It now belongs to you.”

“You’re the owner of this island. Congratulations.”

Pride surged through me – I owned this island, the prettiest place in the world! I loved it. Somehow I felt it was mutual, that the island loved me back, was happy that I was there, that we were meant to be. Then a fleeting fear struck me:

My uncle howled with laughter. “Goodness! Well, since there is no other owner, it’s free.”

The sausages were done; someone filled another skillet with apples and cinnamon. I never knew apples could be fried. Their aroma filled the air like incense from an altar, sweet, pleasing, mouth-watering. For the rest of that morning I basked in the glory of possessing my own island,  soaking up the sun and asking for more apples, until they were gone. I never wanted to leave.

I have never returned. I do not know if the island still exists, or if time and weather have dissolved it, the way that relationships eventually dissolved. What I know is that for that one halcyon morning, I was the richest person on Earth; I owned an island, and it was free.

Reflect: In what ways can you take a child beyond the realm of “the usual” to experience something rich and unusual? How can you creatively instill a sense of ownership?