The surgery took longer than expected, but the surgeon came to the waiting room at last.

“It went well,” he said. “Your husband’s eye is removed and the implant is in place, covered by membrane and attached to the muscles as it should be, if he were to get a prosthesis.”

If it went well, why is he pausing? Something’s not right.

He continued: “I had to remove a lot of extra tissue, as it was dark and there’s no way for me to tell if it’s just natural pigment, or bruising, or melanoma.”

I was shaking. “What does this mean?”

“I took all of the dark tissue but he may never be able to wear a prosthesis, as there may not be enough support for it,” said the surgeon, gently.

I nodded. How are we going to tell him?

“Pathology will send the eye to Wills Institute in Philadelphia – they’re the best. They’ll analyze the tumor, whether or not any cells have spread . . . .”

I closed my eyes as he spoke, not having considered this possibility.

I recalled the oncologist’s words when we consulted him: By the time it’s found, it’s usually metastasized. Radiation and chemotherapy are ineffective. It’s nasty.

That doctor had treated five patients with ocular melanoma in the last two decades.

All five had died.

Please, God. Please let those cells not have spread.

And then I went to recovery to hold my husband’s hand.

He squeezed mine, hard.

Half his head was bandaged. When an eye is surgically removed (enucleated), that side of a person’s face bruises badly. A conformer, a clear plastic piece like a huge contact lens, is put under the eyelid to hold its shape during healing so a prosthesis will fit.

The pain is intense for the first few days.

When the bandage had to be removed the first time for the application of antibacterial ointment, my husband said, “Get me a mirror.”

I handed it to him.

“Dear God,” he said, looking at his reflection.

It was the only time he cried.

After that, he never complained, not once – all of his energy went into healing.

The first night back home, when he went to bed, my husband said, “I see a light.”

I thought about amputees who still feel rings on fingers that are gone, or sensations in legs that are not there anymore. Phantom pain.

“I think it’s a phantom light,” I told my husband.

He saw it for a few nights, this ghost light, the optic nerve trying to adapt to not seeing anymore. And then it stopped.

The bruising absorbed in a week or so and the eye – what do you call an eye that’s not an eye? A non-eye? – didn’t look as alarming as one would imagine. Just a pale orb, sort of like sclera without an iris. Not frightening at all, nothing like a hallowgast from Miss Peregrine.  Just different.

And every day we wondered about that pathology report.

Three long weeks went by before the surgeon called:

“No rogue cells in the tissue around the eye! The timing couldn’t have been better – the tumor was in the early stages.”

We threw our arms around each other; we could get on with living.

It wasn’t all that easy.

At first my husband wore a black eye patch to shield the removed eye. Everywhere we went, little kids called out, “Look, a pirate!” My husband just laughed and waved at them. An eye patch, however, is quite convex. It bumped against the lens of his glasses, which he had to wear all the time now for his remaining eye, as it was becoming strained.

He tried adhesive bandages designed for eyes next. Our grown sons said, “Dad, the eye patch looks better than those Band-Aids. A lot better.”

My husband sighed. He decided to try wearing a contact lens in the real eye, doing away with glasses so he could go back to the eye patch, which worried all his doctors:

“You only have one eye now – you can’t afford an abscess or corneal infection,” they told him.

He tried it anyway – and learned that in order to put a contact in, you really need two eyes to see what you’re doing.

At last he resorted to tinted lenses and gave up on coverings altogether.

He had trouble with depth perception, driving after dark, merging onto the highway. He was startled by people approaching him on his left side, because he couldn’t see them coming.

He bumped into things, hard enough to leave bruises.

He had trouble reading, which worried him more than anything else – he’s a minister, and reading is the foundation of his life’s work. He got a magnifying glass to be able to study his Bible.

At an appointment for his strained eye, the neurological ophthalmologist asked: “Why haven’t you gotten a prosthesis?”

“The surgeon said with all the tissue he removed, there may not be enough support for it,” answered my husband.

“Hmmm,” said the ophthalmologist. “How long has it been since your surgery?”

“I think you should investigate it. Here’s the name of the ocularist. He’s only about an hour away.”

We called, and learned that the ocularist sets appointments in the morning. If the patient is a candidate for a prosthesis, he makes it in his office that day and the patient leaves wearing it.

My husband hung up the phone, his face alight with hope.

I worried the whole trip about how the idea buoyed his spirits, fearing that we’d be sent away, and how would that affect him?

Our younger son drove us. The three of us sat in the office together as the ocularist examined my husband.

“Oh, that was a lovely surgery,” he said. “Lovely. Great movement of the implant. Let’s get to work.”

“Do you mean,” I hardly dared to confirm, “that he will be able to wear a prosthesis, after all?”

I sat there watching as the mold was made of my husband’s non-eye, then as the resin was poured into it to create the prosthesis, thinking, This is like a cross between a medieval apothecary and Lemony Snicket. It might have been downright gothic, except that the room was sunny and cozy, being part of a house converted to an office.

The last step of the process was painting the prosthesis. We watched this man, this artist extraordinaire, open his set of paints and create his little masterpiece. He held the prosthesis up to my husband’s eye for comparison: “You have a lot of ocher in your iris. I have to add more.”

Back to dabbing paint he went.

As long as I live, I do not expect to see anything like it again – it was nothing short of a miracle when the ocularist placed the prosthesis over the implant, and my husband looked at me with two big, beautiful brown eyes.

So did my husband’s, when the ocularist handed him the mirror.

On the porch of the office as we were leaving, in the bright the afternoon sun, my husband said, “Tell me how it looks.”

A perfect match – one would not know which was the real eye.

“I feel like myself again,” said my husband. A grin spread across his face.

“I just wonder how long it will be before someone asks if I can see out of it,” and he dissolved with laughter.

That was just three weeks ago.

He hasn’t stopped smiling since.

(Note:  Just before the surgery, when we didn’t know what would happen next, we made the seemingly insane decision to adopt a seven-week-old Lab puppy who needed a home. If you are interested in the puppy’s story in relation to this experience, here’s a previous post: The unplanned baby. 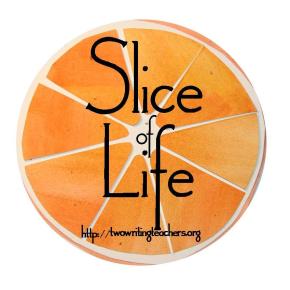