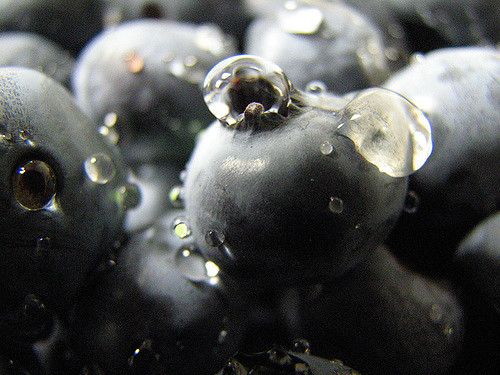 The new Teach Write blog, dedicated to “helping teachers teach writers and grow their own writing habits,” invited teacher-writers to post on the topic of Beginnings.

Instantaneously, a dozen possibilities entered my mind, for, truly, there’s no end to beginnings.

Needing to stretch my fiction-writing muscles, I decided to share a short short story about beginnings later in life.

Thank you, Teach Write, for the challenge.

Melva watched him ringing up the fat-free yogurt, the granola, the blueberries, wondering if he had children and why such a distinguished-looking man was cashiering at the Market. Maybe he just wanted something to do. Maybe he needed a little extra cash to supplement his retirement income. She wanted to ask, So, what brings you here to our high-class grocery?

Of course she’d never dream of really asking. That was something her sister would do. Carlice, newly-divorced, affectionately referred to as a “health nut” by the family, was fifty-seven but looked twenty years younger, thanks to the Market and a membership at the gym. Melva had never stepped foot here in the Market until Carlice dragged her along a month ago:

Carlice, checking him out in the checkout line, whispered in Melva’s ear: “Here’s the new guy. Rumor has it that he retired from a bank. He had a wife. Don’t know if she died, left him, or what, but I bet he’s lonely.”

Something in the man’s dignified posture made Melva want to put her arms around him impulsively, to shield him.

“Yes.” He didn’t smile, didn’t make eye contact, which pleased Melva because men always fell over themselves around Carlice. This man, Ed, simply rang up the ground turkey, tomatoes, spices, and rice noodles.

“I’m Carlice. You’ll be seeing me a couple times a week. This is my sister Melva. Don’t look for her around here much, though! She doesn’t go for all of this organic stuff, do you, Mel?”

Melva’s cheeks flared. “I, uh, I don’t know. It all depends on how your turkey lasagna turns out. If it’s any good, maybe I’ll try my hand at it.”

Carlice cackled loudly, and, in Melva’s opinion, quite unnecessarily. Ed glanced over his glasses at Melva.

His eyes were blue.

Once a week since then, Melva had gone to the Market. On the first trip she bought everything to make Carlice’s turkey lasagna – it had been delicious. At the checkout counters, she was stricken with self-consciousness. Head down, she scurried past where Ed was working. She promised herself, as she carried the groceries home, that next time she would get in his line.

She thought of him as she baked the lasagna, which turned out to be flavorless and wretched. She threw it in the garbage and called Domino’s delivery.

Now, four repulsive meals later, she finally had the nerve to stand in Ed’s queue. He was too thin. So was his brown-gray hair. She noticed faint liver spots on his hands as he scanned her berries. No wedding ring.

She wanted to talk to him. Desperately.

“I’m trying to eat healthier these days, maybe lose a few pounds,” she blurted as he rang her items. Her face spontaneously combusted. Melva knew she didn’t blush prettily. She knew she looked like someone who’d misapplied sunblock and stayed out all day under the blazing sun, that she was now covered in big red and white splotches.

He looked at her over the top of his glasses, bagged her groceries, tore off her receipt. It fluttered to the floor. He bent to retrieve it, then stood, tucking a loose pen into his shirt pocket.

“Here you are. Have a good afternoon.” He handed her the bag.

Were his lips turning up just the slightest bit?

She hurried out of the store with her eyes on her Naturalizers.

Tears blurred her vision as she slammed the groceries onto the counter with such force that the yogurt carton split open and the receipt whooshed into the air.

“Fool!” she shouted at herself. “You can never go back there now. Forget about ever getting to know him.” She bent to snatch up the receipt, intending to rip it into shreds, when she noticed handwriting on the backside:

You’re fine just the way you are. –E

She stared, not breathing, not blinking, disbelieving, for what seemed like years.

A slow grin crept across her face.

She knew when she put those blueberries in the cart that she’d never manage to eat them with the yogurt and granola, anyway. They’d only sit and shrivel, which would be a waste of beautiful fruit. She’d put them in a cobbler instead, with real sugar, bleached flour, and a whole stick of butter. She’d take it to Ed while it was still warm.

She’d even get in his line with vanilla ice cream.

That would be the perfect beginning.