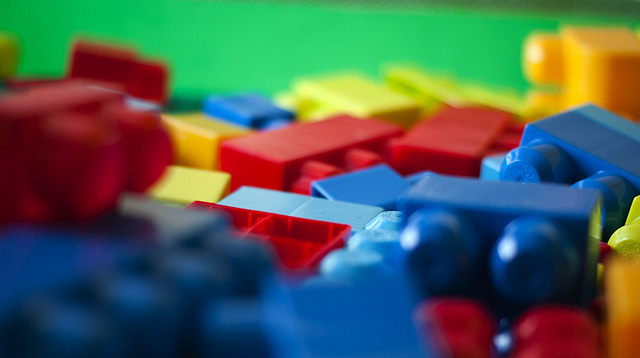 I woke up thinking of him today.

Maybe it’s because another school year just ended and memories are flowing thick and deep, like they always do.

Maybe something subconsciously reminded me of the collective sigh of relief when he finished elementary school and moved on a few years ago.

I am not sure.

But here he is again, so clear in my mind.

He arrived every morning long before the school doors were open, jumping, running on the sidewalks, talking to himself, singing. Staff spent the first few hours of each day trying to calm him down.

My first real encounter with him came in third grade when I, as the literacy coach, worked out of the room across from his classroom. In better moments, he’d appear without warning in my room: “What do you do in here?”

“I plan reading and writing lessons. Sometimes I have reading groups in here. Want to read with me?”

“Naw,” he said, wide-eyed, shaking his head emphatically, bouncing back to his room just as the teacher realized he’d left.

In the worst moments, the teacher came to enlist my help.

“I need a breather,” she said once, gray-faced. “I can’t do anything with him today. Can you please just stay in the room for a few minutes?”

So I stepped in. Everyone was seated, working on something, except . . . that kid. He was standing by a classmate’s desk. Taking things off of it.

“Stop it!” she kept saying.

“He’s taking all my supplies that I’m trying to use for this project,” said the exasperated girl.

Leaning down to his eye level, I addressed that kid: “Did you ask her permission to borrow her supplies?”

He snorted and flounced away from me. He kept grabbing pens and markers.

Firmly accentuating every word, I said: “Leave her things alone. If they aren’t yours, do not touch them without permission.”

At this moment, I realized the whole class had stopped working to watch.

He didn’t return the items. Instead, he marched to his desk, took out a wrinkled piece of notebook paper, wrote a word on it, and waved it around in the air:

I took odd satisfaction in his spelling the word correctly.

Just then his teacher returned from her “breather.” In fractions of a second, she absorbed the scene. She was livid. The rest is a blur, her ushering that kid out of the room while the others bent quietly back to their work.

He wrote me a note of apology while doing his time in the assistant principal’s office. Delivered it to me himself, later that day.

He’d drawn flowers all over it.

That was the beginning of my being his “safe place.” When he couldn’t function in the classroom setting, his teacher sent him over to me for a few minutes, until he was able to return. One day was especially bad; I cannot remember the details of his actions. His teacher, red-faced and teary-eyed, escorted him over and immediately returned to the rest of her class.

Pacing back and forth like a caged animal, his eyes suddenly landed on the Legos on a table in the wet area of the room. Without a word, he sat at the table, and, block after block, immersed himself in building.

Presently his teacher came back, and on seeing this, turned to me. Turned on me, actually:

“Why are you rewarding his behavior like this? Why should he disrupt the class completely and get to come over here and play?” This teacher, usually so mild-mannered and nurturing, was angry to the point of visibly shaking.

Caught off guard, I took a step back. “I didn’t think of it as a reward, or even playing. He’s decompressing—this seems to be exactly what he needs.”

She stared at me for a long minute. Then she turned to that kid and said, “Are you ready to come back to class?”

He got up without a word and followed her.

Many more times that year he came, played with the Legos for a little while, and went calmly back to class.

I learned, talking to him, listening to him, that his mind functioned in overdrive. Warp speed. Hyper-curious. He asked questions other students didn’t think to, without reservation. He noticed minute details that others, adults included, frequently did not.

Such as, seeing me walking toward him in the hallway: “Hey, Mrs. Haley! Where are you going? What’s wrong with your hip?”

“Your hip. One’s higher than the other.”

I looked at his earnest face, stunned. He was right; a touch of scoliosis left one hip slightly higher than the other, which plagues me every time I have to buy pants or jeans, making sure the one side is long enough.

He was also a math whiz. Scored high on his tests. Reading, not so much. He did decide to read with me a time or two. I later watched him work hard on his reading test, but there were too many things vying for his fractured attention; too many choices, too many strategies to remember.

And then he went on to middle school.

One day, at the end of another school year, I was walking through the parking lot with boxes to place in my car when I heard, “HEY, MRS. HALEY!”

A human projectile came from nowhere and threw its arms around me, tight.

That rare kid, with rare insight and gifts that many may never see.

Woke up thinking of him today.

God, please let him make it.