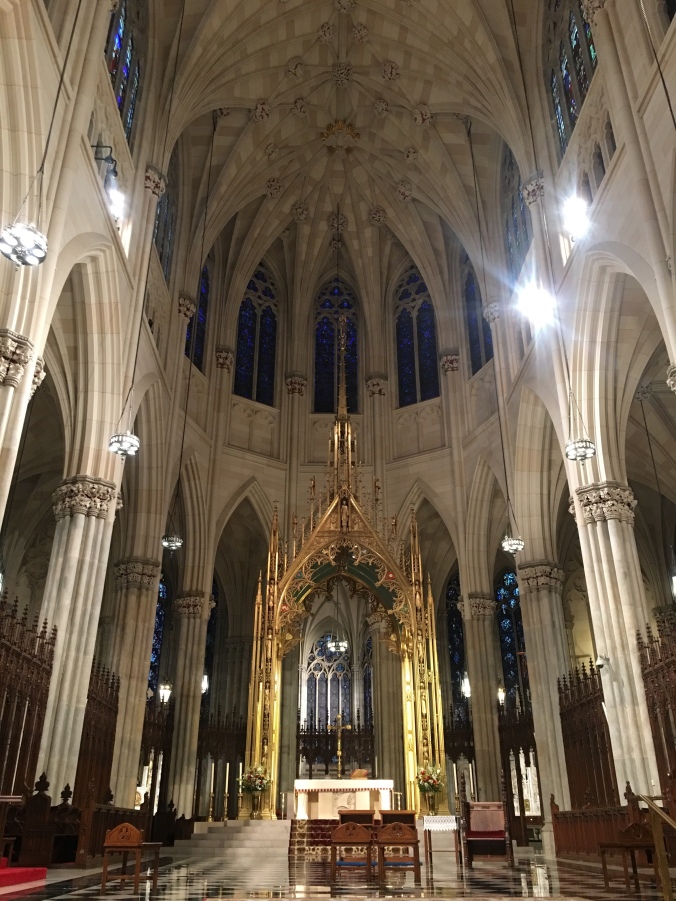 St. Patrick’s Cathedral, New York City, on my most recent visit in 2016

I was sixteen years old the first time I went to New York City—that’s the same age, according to his own writing, that St. Patrick was kidnapped in Britain and carried to slavery in Ireland.

I didn’t know this fact at the time. I arrived in the city that long-ago day with my high school drama club, excited that his cathedral was one of our designated destinations.

Raised in the Baptist church, I had only a rudimentary understanding of the canonization of saints. A shadowy working knowledge in which St. Patrick loomed very large, for a personal reason:

My grandfather, born in rural North Carolina in 1906, was named Columbus St. Patrick.

Why remains a mystery to this day.

Of course there were stories of Irish heritage. Granddaddy maintained that his paternal grandfather came to America from Ireland with his brothers, but the timeline is knotty, the facts obscure, the story too piecemeal to be reconstructed. He dimly remembered his grandfather talking about carving a dugout, a small boat made from a hollow log, in Dublin.

That’s the only tiny jewel of Irish family lore I have, besides my grandfather’s middle name.

Oh, and the surname of my other grandfather, whom I barely knew: Riley.

Just this year, my family took the DNA ancestry plunge. I learned that a good bit of my blood really does run green.

I like to think it was calling to me when I first entered the cathedral, tears inexplicably welling in my eyes. It had to be more than the curiosity of Granddaddy’s name being St. Patrick, although I was mindful of it at the moment.

Maybe my emotion rose in response to the breathtaking splendor, the deep hush, the sense of pure awe . . . and something utterly unnameable. I would later learn that this profound monument to God, named for His missionary saint, was built in part by contributions of poor Irish immigrants, thousands of them. Wealthy citizens donated, too. The cathedral website states:  “St. Patrick’s Cathedral proves the maxim that no generation builds a cathedral. It is, rather, a kind of ongoing conversation linking generations past, present and future.”

—An ongoing conversation linking generations past, present, and future.

A conversation of love. Of extreme sacrifice. Of perseverance. Of devotion. Of faith.

Of blessing. Now and for all time.

The pillars of my life, built on foundations laid by my grandfather.

Until we meet again, Columbus St. Patrick, may God hold you in the palm of His hand. 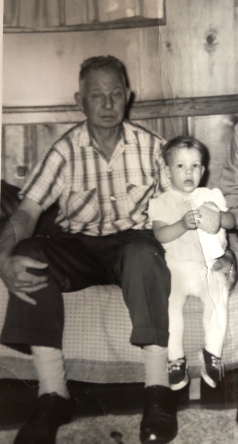 Previous posts about my grandfather:

A long time ago, in a Galaxie far, far away

My grandfather, St. Patrick with my favorite photo of him, circa 1924-25

First do no harm – on nature and wisdom

What is literacy – for reading isn’t always about words